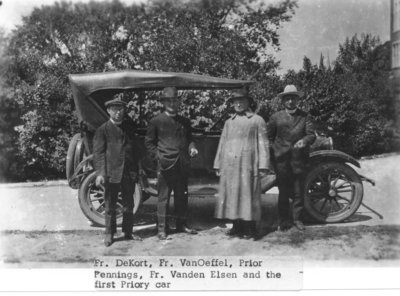 Abbot Pennings always drove his own car from the early twenties on. Once, while still in his late eighties, he was driving to a funeral in Hollandtown. He had three priests with him. On the country road between Wrightstown and Hollandtown, another car was approaching him and it had to run off the highway to avoid hitting him, narrowly escaping a ditch. Abbot Penning, who was driving in the middle of the highway, simply remarked "Crazy guy!" not realizing that he was clearly in the wrong.